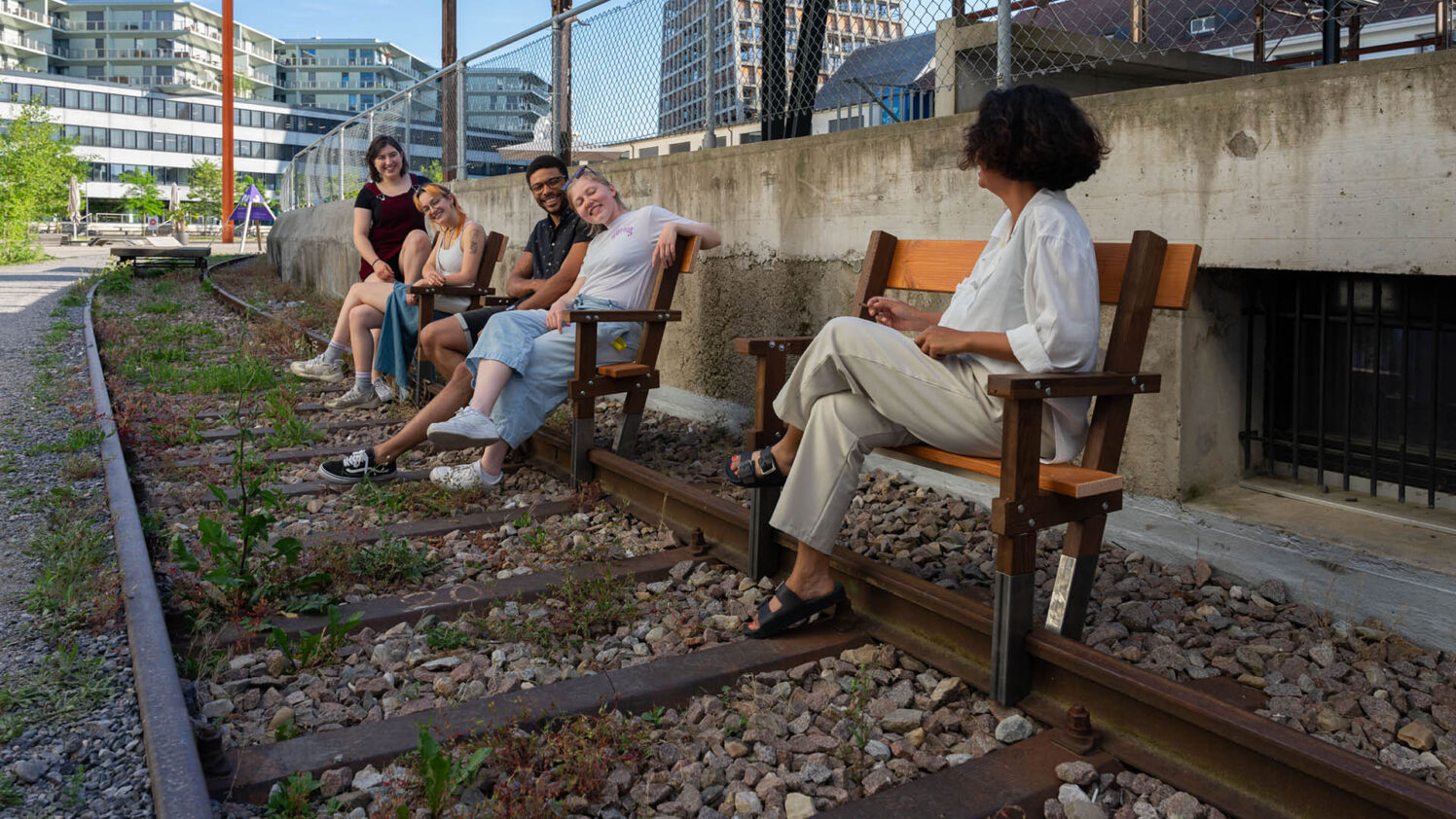 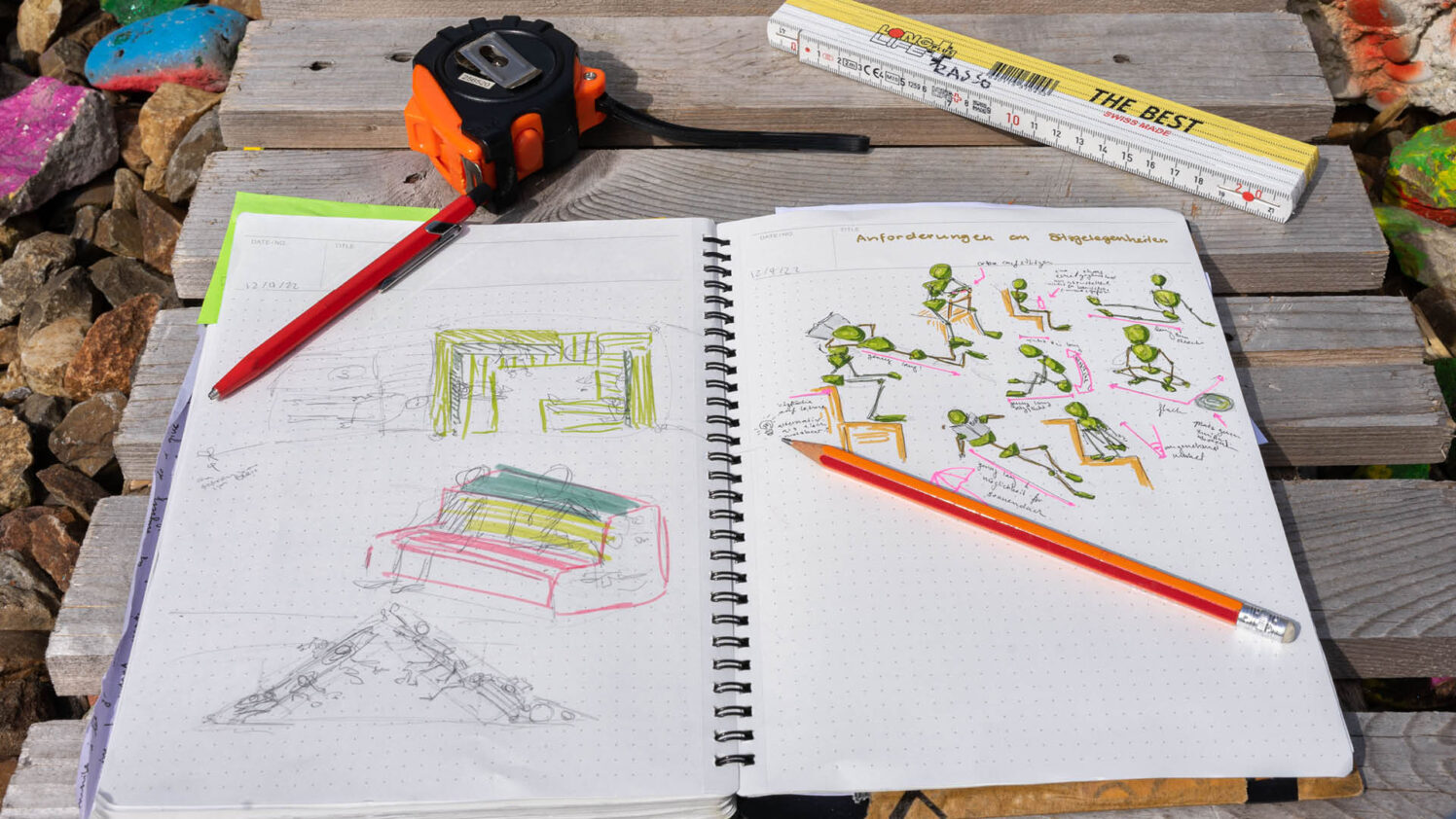 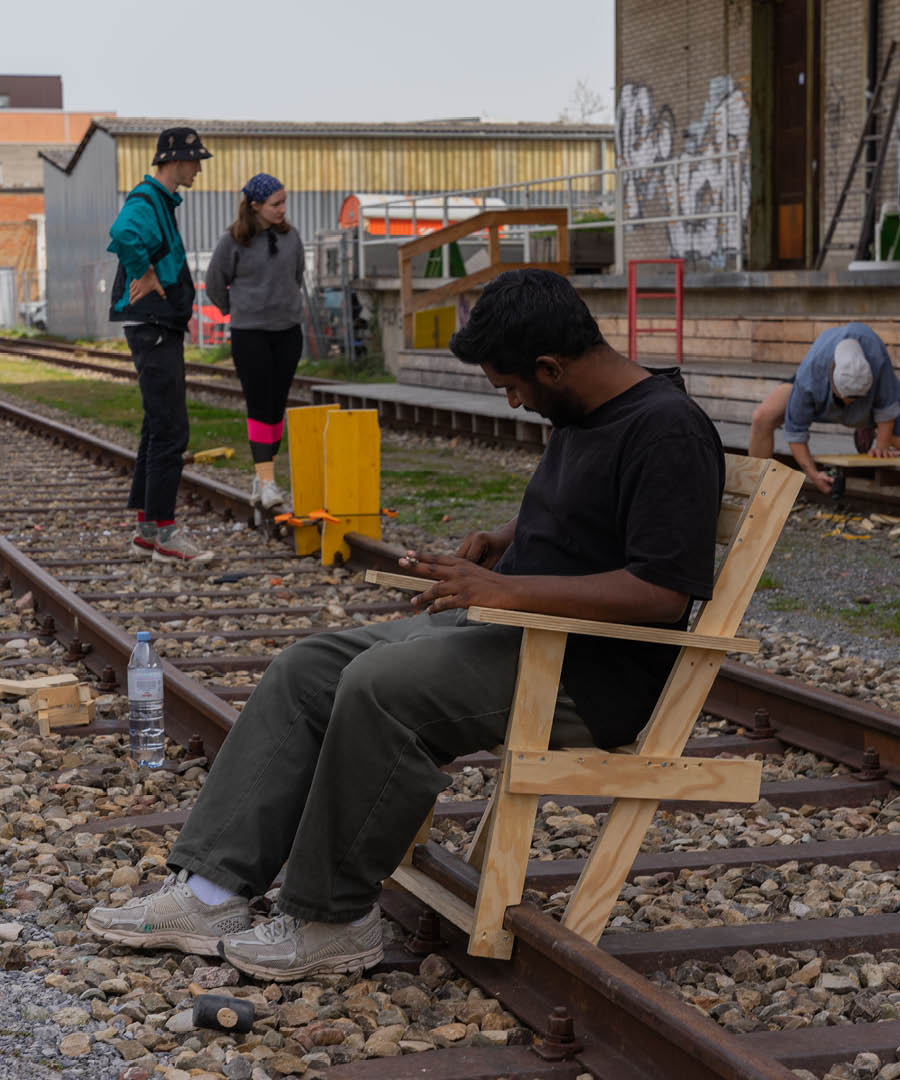 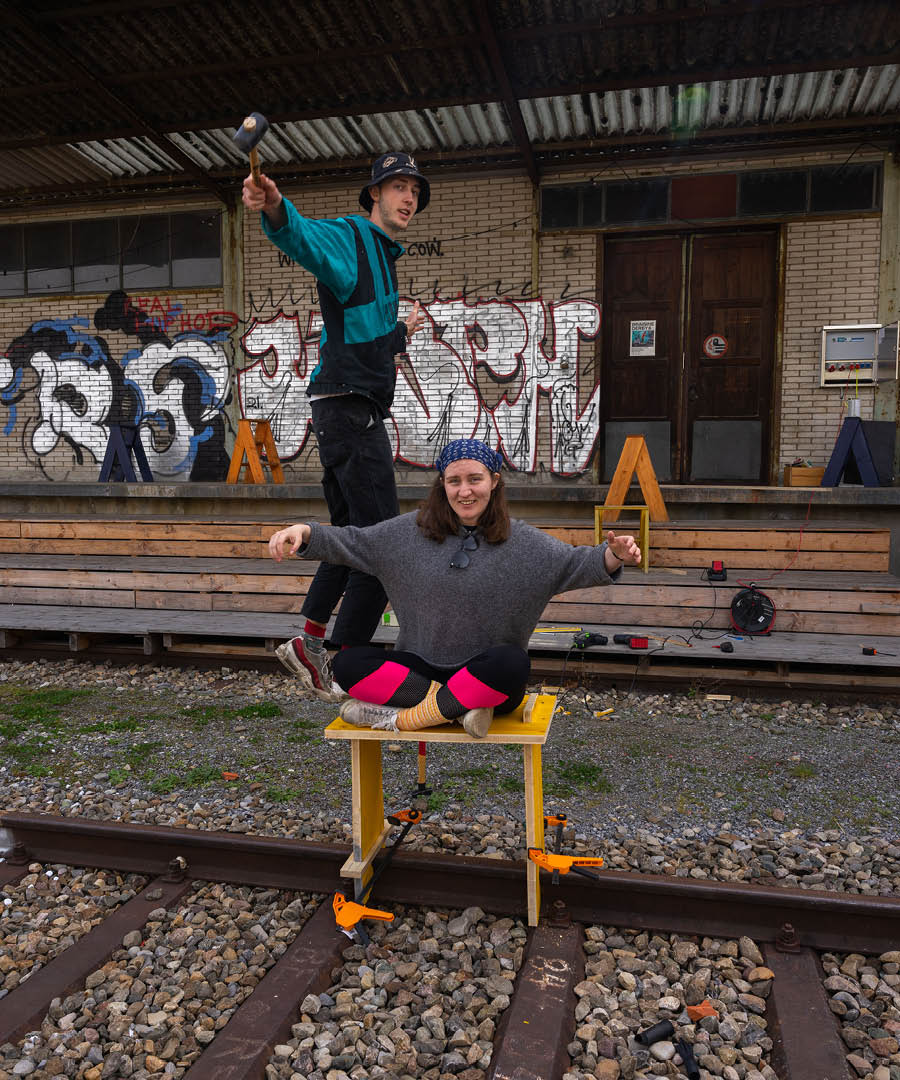 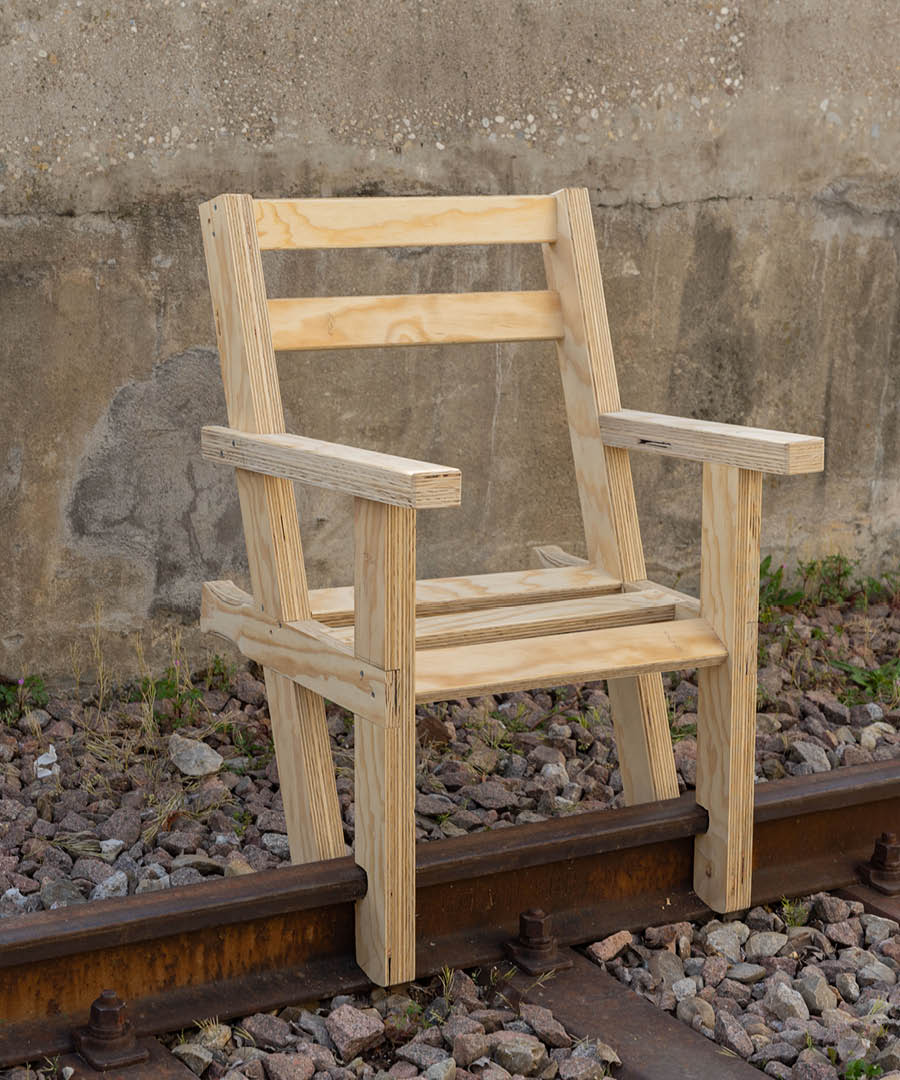 A 3-day workshop with the aim of creating bespoke furniture for the Gleisbogen Dreispitz facilitated by project Bogenspannen.

Various design concepts from related contexts were included, making it about learning based on practice, this included looking at the works of Enzo Mari and Hartz IV Möbel (Van Bo Le Mentzel). The way we design and build together also affected our own ideas about process design. Azura Silberschmidt and Ely Duarte from Bogenspannen led the workshop as project managers, Rasso Auberger provided them with technical, design-theoretical, and conceptual support. The participants were the creative and productive elements of the workshop!

Starting with an introduction to the project Bogenspannen and the workshop topic, we then moved through the theoretic aspects and began to question for whom we’re building this for? The purpose and requirements for public furniture in a modern and sustainable fashion. Followed by the design, testing, and building phase from the model to the final product.

First drawings led to a mood board and subsequent first experiments to the idea of using the rail as a central starting point for a daring construction.

Two similar concepts were pursued, both intended to connect and stabilize the furniture to be designed to the rail using inherent forces. The concept still contains some expansion possibilities, for the time being, a small bench was worked on, which offers space for one or two people and can be mounted without tools wherever there is a rail (which can often be found on this type of industrial site). The furniture cannot be used without a rail, this restriction is seen as an advantage here.

Further work then takes place in the workshop of the HGK, the technical equipment here is a great advantage. Another prototype is created.

The next step is working with a different, weatherproof material and to find an initial definition of the required dimensions. Further prototypes are created, but maybe they already count as the final version.